Over the past decades, the growing interconnection among different continents has allowed the spread of pests that have inadvertently been introduced to areas outside their native ranges by humans.

The brown marmorated stink bug has been present in Italy for almost a decade. Over this timeframe it has been responsible for extensive damage to many agricultural sectors, including hazelnut production. In fact, the hazelnut supply chain has been harshly hit by this invasive species.

In this context, monitoring has become crucial to limit the potential damage H. halys can cause and to use plant protection products wisely, with the aim of reducing the environmental impact of plant protection. To meet these objective, xFarm Technologies has developed a new, innovative trap for the remote monitoring of H. halys.

Even though the first appearance of hazelnut trees in Italy dates back to the 1400s, hazelnut cultivation began to be more widespread only at the end of the 1800s. Currently, Italy is the second largest producer of hazelnut in the world, the first one being Turkey.

However, the Italian production is expected to grow, driven by a general increase in consumption. In the Italian peninsula there are nowadays about 120 thousand hectares dedicated to hazelnut production, most of which are located in Campania, Piedmont and Lazio. 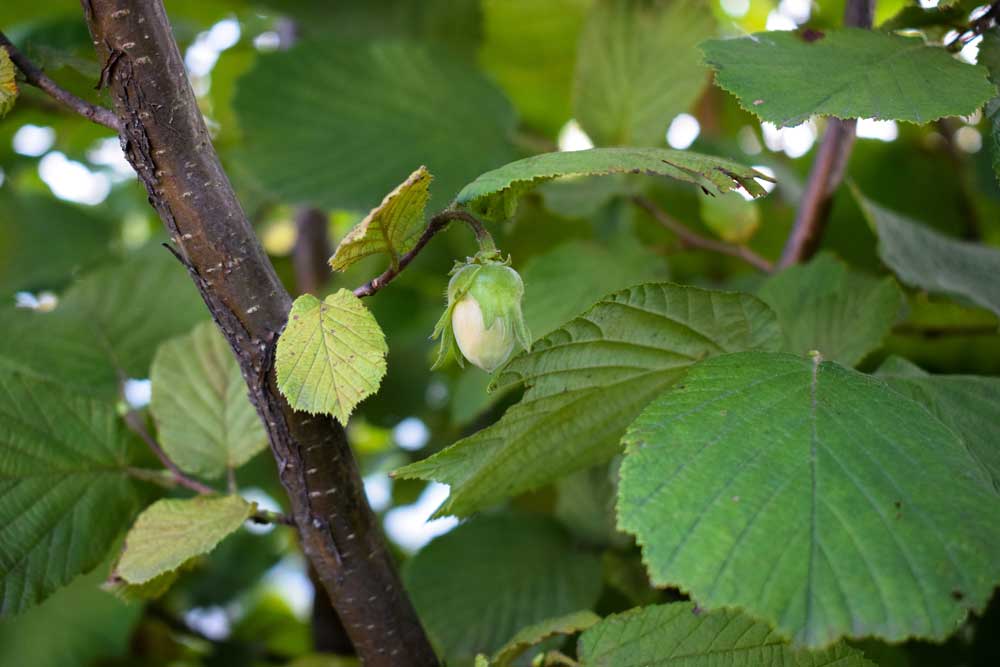 The Damage of the Brown Marmorated Stink Bug (BMSB) on Hazelnut

The BMSB is a polyphagous insect capable of feeding at the expense of a wide range of host species. Among these, hazelnuts are particularly attractive. Despite the presence of a shell that protects the seed, the BMSB can easily feed on it thanks to its stinging-sucking mouth apparatus, compromising the normal development of the nut.

In the most serious cases, when the population density of H. halys is particularly high and the attack happens at the first stages of hazelnut development, total loss of production is possible. If the attack takes place later, when the nut is already formed, the damage could be limited, although not negligible. 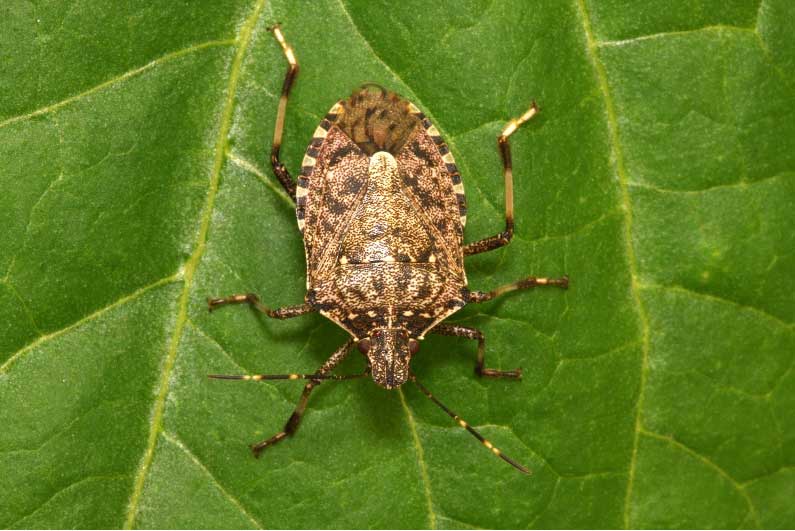 The Importance of Monitoring

The BMSB completes two generations per year, which often overlap, making it able to cause damage throughout the entire production season. Therefore, to maximize the effectiveness of plant protection activities, effective monitoring is essential. In fact, by detecting the first generation it is possible to stop the rise of the parasite’s population by limiting the development of the second one.

To monitor the presence of the BMSB, pheromone traps placed at the edges of the fields or the frappage technique are commonly used. The latter consists in laying a white cloth under the trees, shaking the tree branches and counting the insects that fall on the cloth.

Both techniques require manpower and constant presence in the field, forcing the farmer to visit the orchards frequently. Despite the considerable amount of time required, these monitoring strategies are not always accurate.

To support hazelnut growers and the hazelnut supply chain in monitoring the BMSB, xFarm Technologies has developed a new series of smart traps for remote pest monitoring. xTrap Stink combines the most modern technologies of Internet of Things, Artificial Intelligence and Machine Learning to provide an integrated system capable of monitoring the presence of H. halys. More precisely, the instrument consists of an entrance hall for the insect, a mass containment compartment, and a passage sensor. The bug enters the hall attracted by the pheromone, while the sensor records its passage and sends data to the xFarm app every hour. Once inside the containment compartment, the bug is trapped.

Catches data are merged with environmental data and analyzed by Artificial Intelligence and Machine Learning algorithms. These analyses take place through specific forecasting models that provide hazelnut growers with a real-time count of catches and an indication on the future development of the pest’s population. In practice, the app sends alerts via message or email, signaling the presence of the insect and providing useful information to prevent crop damage through an appropriate assessment of the proper timing for carrying out pest control treatments.

Towards a More Sustainable Agriculture

These traps allow farmers to control automatically and remotely what happens in their fields, obtaining useful information to schedule pest control treatments, thus maximizing their effectiveness. Even consortia, supply chains and monitoring bodies can benefit from this technology: xFarm provides these stakeholders with a modern tool to control catches and the spread of this pest on a large scale. In fact, these entities will be able to view the location of the outbreaks on a digital map which will help them making better and timelier pest control decisions compared to traditional monitoring methods. In this way, better plant protection decisions can be taken with a smaller effort, securing healthy and high-quality productions. These advantages are offered by xFarm to support all the actors in the hazelnut supply chain and to achieve a more sustainable agriculture.

Among the first companies to explore the potential of this solution is Ferrero Group with Ferrero Hazelnut Company, the division dedicated to hazelnut supply chain. Together with the Italian Farmers Confederation (CIA) and the University of Turin, the xTrap Stink automatic traps were tested during the 2021 growing season. Specifically, 6 traps were installed in different areas in Piedmont, where the high population density of BMSB seriously jeopardized production. The first year of experimentation produced positive results and generated interest in a more extensive use in 2022. xFarm will expand the monitoring network, installing other traps throughout the Piedmont region with the aim of creating an even more widespread digital monitoring network.