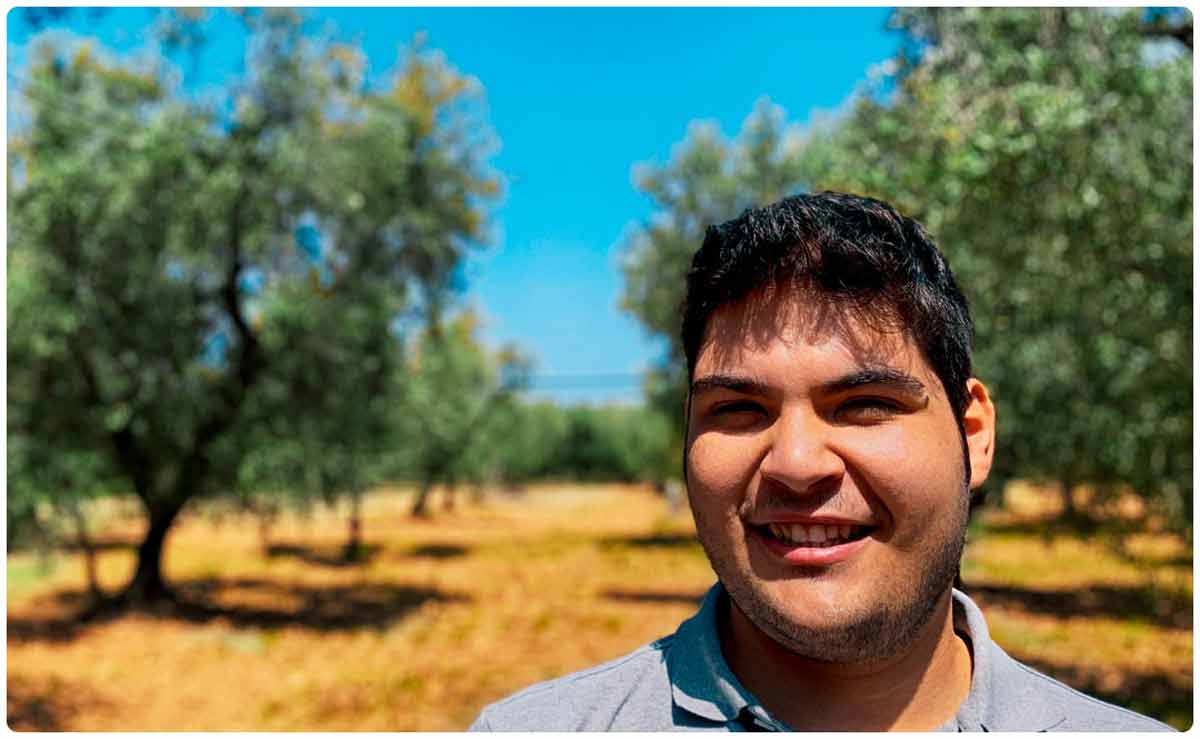 The experience of the BuondiOLI Farm, which is using xFarm’s traceability and blockchain features to provide a transparent overview of the quality of “Made in Italy” olive oil 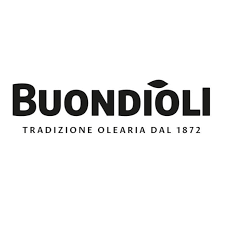 We interviewed Domenico Buondioli, 25, who returned to Puglia after studying Environmental and Food Economics in Milan. Today, Dominico is the commercial manager of Azienda Agricola Buondioli Michele, located in Carpino, one of the best areas in Puglia for producing quality olive oil.
The company was founded in 1864 by Domenico “Mimmo” Buondioli, and over the years, the company has become known for the technical level of its cultivation techniques. Its greatest advantage has been a special type of pruning that follows traditional standards and is able to reduce fluctuations in olive yields. Michele and Franco Buondioli are among the last interpreters of a pruning method that follows tradition while respecting the health of the plants and their yields.
One hundred and fifty years later, the company is preparing for another major challenge, that of combining tradition with digital technology.

Domenico first encountered xFarm in 2018, when he was looking for simple and inexpensive agricultural management software to start intelligently recording all agricultural production data:

“I was looking for an app that would allow me to collect company information, use it to make strategic investment decisions and at the same time share it with agronomists to refine our cultivation techniques. I was surprised by xFarm for the ease of use: my father and uncle also use it without problems, both from smartphones and computers” 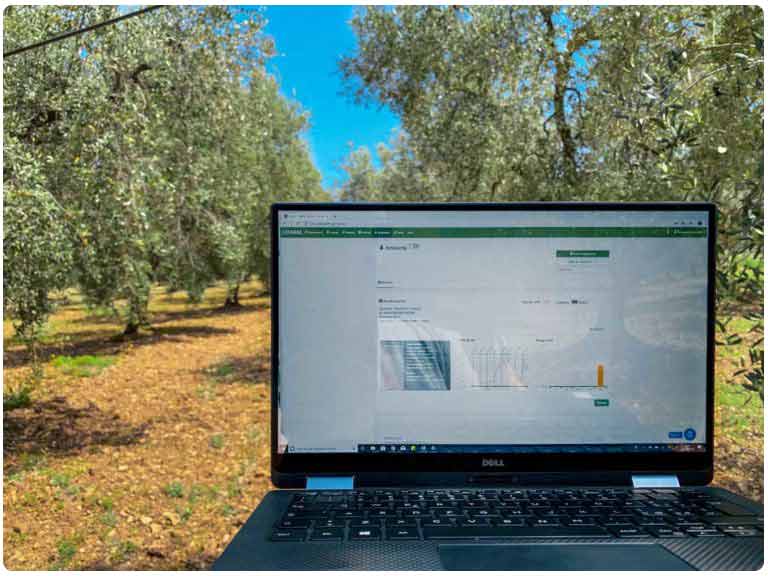 However, once Domenico became aware of the potential of this information for his own company, he understood that this information could be shared in full transparency with consumers in order to get them involved in the production of his olive oil. BuondiOLI decided to rely on xFarm for all of the company’s traceability processes.

First, BuondiOLI installed an xSense weather station, which records 24 fundamental agrometeorological parameters for intelligent crop management. It also offers an entire range of information for consumers, helping to involve them in the effort and the joy of obtaining the final product.

The second step is to provide xFarm with all the remaining information on processing and bottling. The system then processes this information together with the field data and activities obtained from xSense’s management system and the weather data. The processed data will be returned in a form that can be consulted by consumers and producers via blockchain.

How does traditional traceability work?

Normally, a traditional traceability system is composed of information collected in semi-manual form by all the people and entities that have collaborated in the various stages of the production process. This information is uploaded online by the manufacturer and is made available to consumers, who can view a summary of the information regarding the particular lot. However, there are many limitations to managing this procedure. The cost is relatively high, the information log may not be uniform and precise, the data may be subject to tampering to the detriment of the consumer, and finally, managing enough information to create a complete diary of the product is a complicated process.

How does blockchain work?

A blockchain system works like a chain of blocks. Every time new information is added, for example, the results of a process or a weather parameter, a block is added to this virtual data chain. This data is protected by an extremely high level of encryption that limits hackability, and when combined with the system’s automatic ability to recognize tampering, makes it impossible to alter the data. And if this were not enough, these chains are then decentralized and distributed in multiple copies on multiple systems to ensure overall consistency. If the producer or a criminal wanted to modify even just one piece of information, they would have to be able to decrypt all the blocks, on all the chains, on at least 50% of the decentralized systems, which is practically impossible.

By data security, we mean both the manufacturer’s security with respect to hackers or suppliers and also transparency towards the consumer. Today, if I choose a product traced without blockchain, how do I trust the reported information? Blockchain guarantees perfect data accuracy to the consumer, making it the next logical step for clearly and simply communicating and enhancing the methods of production of important Italian foods compared to producers who use other methods, or worse, those who operate in the shadows. 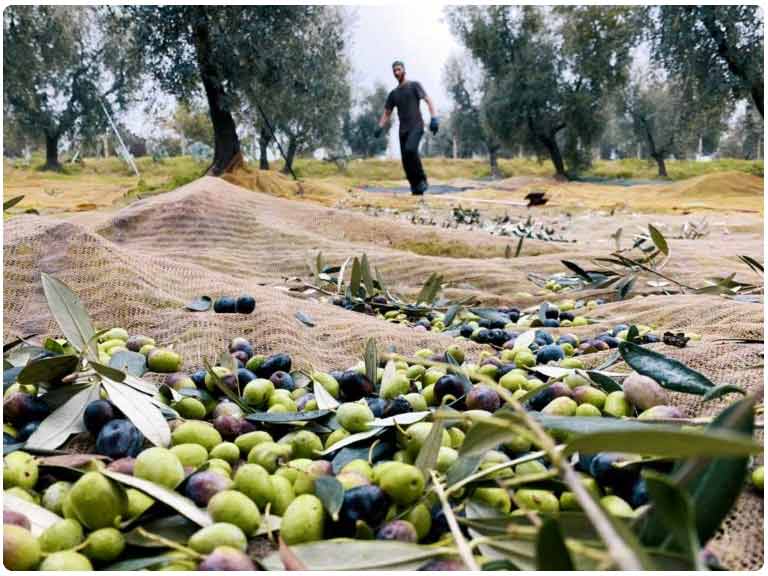 Now that we have talked about the information collected and how it can be used, let’s talk about consumer experience. In 2019, there is no point in presenting mountains of text, sterile databases and line after line of code. The focus on traceability must also include data consultation for the end-consumer. Once you have purchased a bottle of BuondiOLI organic olive oil, you can use the code on the label to directly access all the information on the company’s website. The company’s interesting and attractive website features an interactive display where you can view the entire history of the bottle of olive oil you purchased. You can see which field the olives were harvested from, when the field was irrigated, the temperature at the time of pruning, how much the field yielded to the mill, what biological treatments were performed, etc. All of this information is enhanced by photographs taken during the operations. 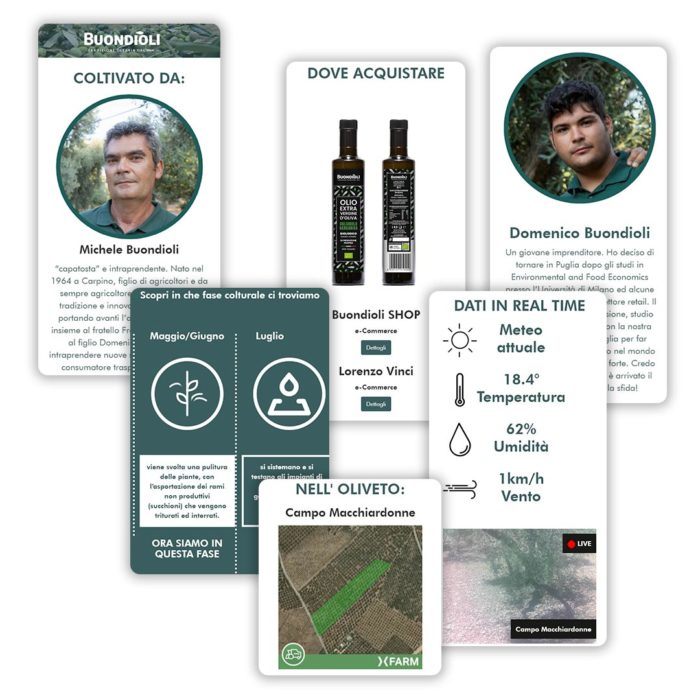 The current olive oil market is made up of two extremes. On the one hand, consumers are given some vague indications about the continent where the olives were grown, and on the other hand, there are wonderful traditional and environmentally friendly olive oils, which MUST be talked about openly to make it clear that we are being completely transparent with consumers.

It is no coincidence that BuondiOLI was chosen by the Emerge Food project as one of the 15 Italian agri-food companies that combine tradition, innovation and respect for the environment. These 15 companies will be participating inItalian Food Innovation in Singapore, an event aimed at connecting Italian producers with importers from all over Asia!

“We hope that with this new technology the consumer will understand the difference between an oil from 3 euros per liter and the real Made in Italy. Oil is not a condiment, it is a food!”

BuondiOLI has the ambitious goal of becoming the first agricultural company in the world to offer the complete traceability of BIO Olive Oil via blockchain.
And thanks to xFarm, this target is now within reach!